Release 0.23.0 brings a couple of useful new features. Besides the new component “Lookup Table”, additional Bit Width 6 and 7, and some extensions in the new “Synthesis” module, Antares now supports a history of saved circuit versions, which you can browse and restore if necessary. 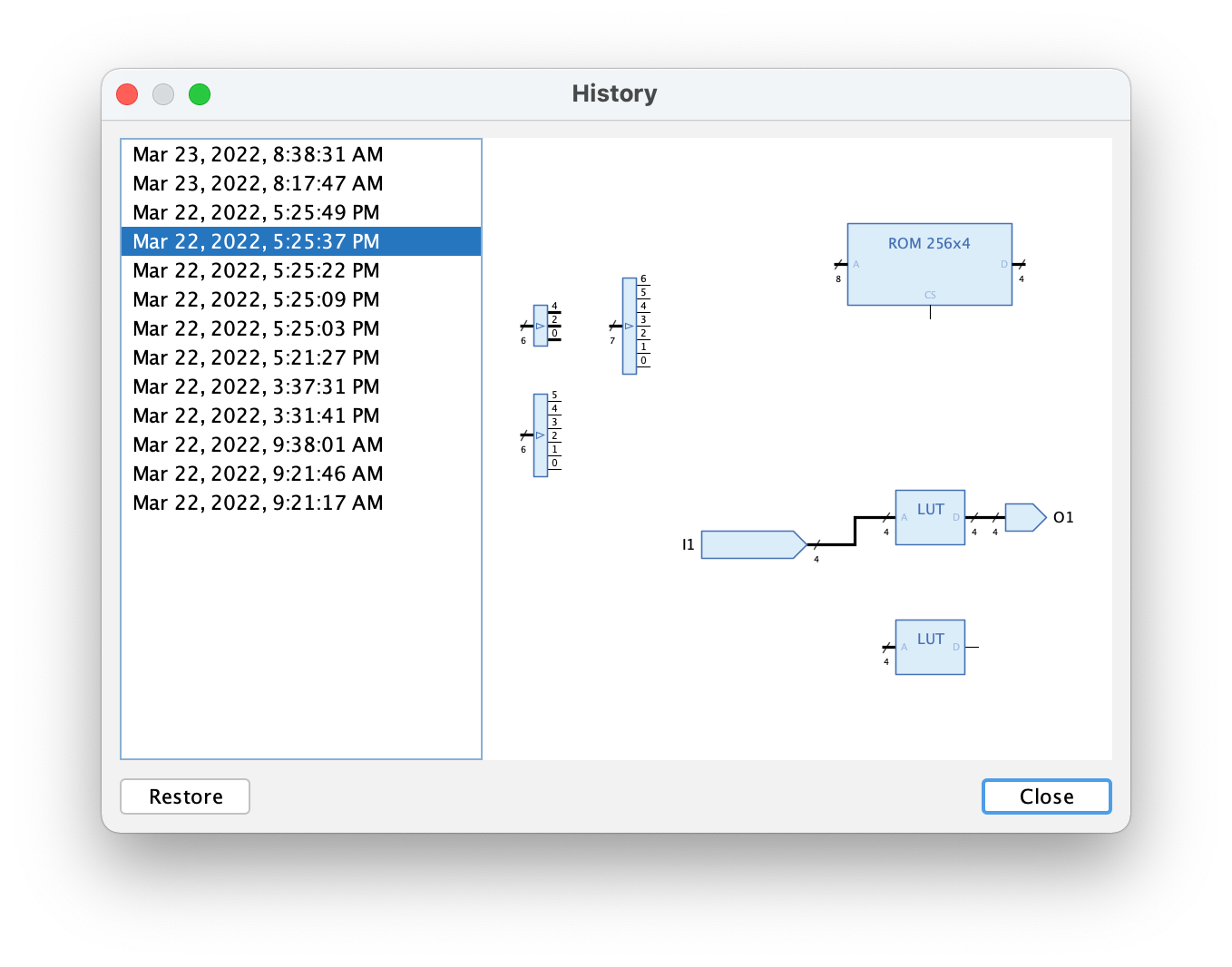 In addition to that, an annoying bug that prevented you from closing secondary views in the desktop view has been fixed.