Besides many smaller features and bugfixes, the 0.4.0 release contains in particular the new quasi-analog components “Pull Resistor”, “Transistor”, “Ground” and “Power”, as well as new icons with higher resolution. 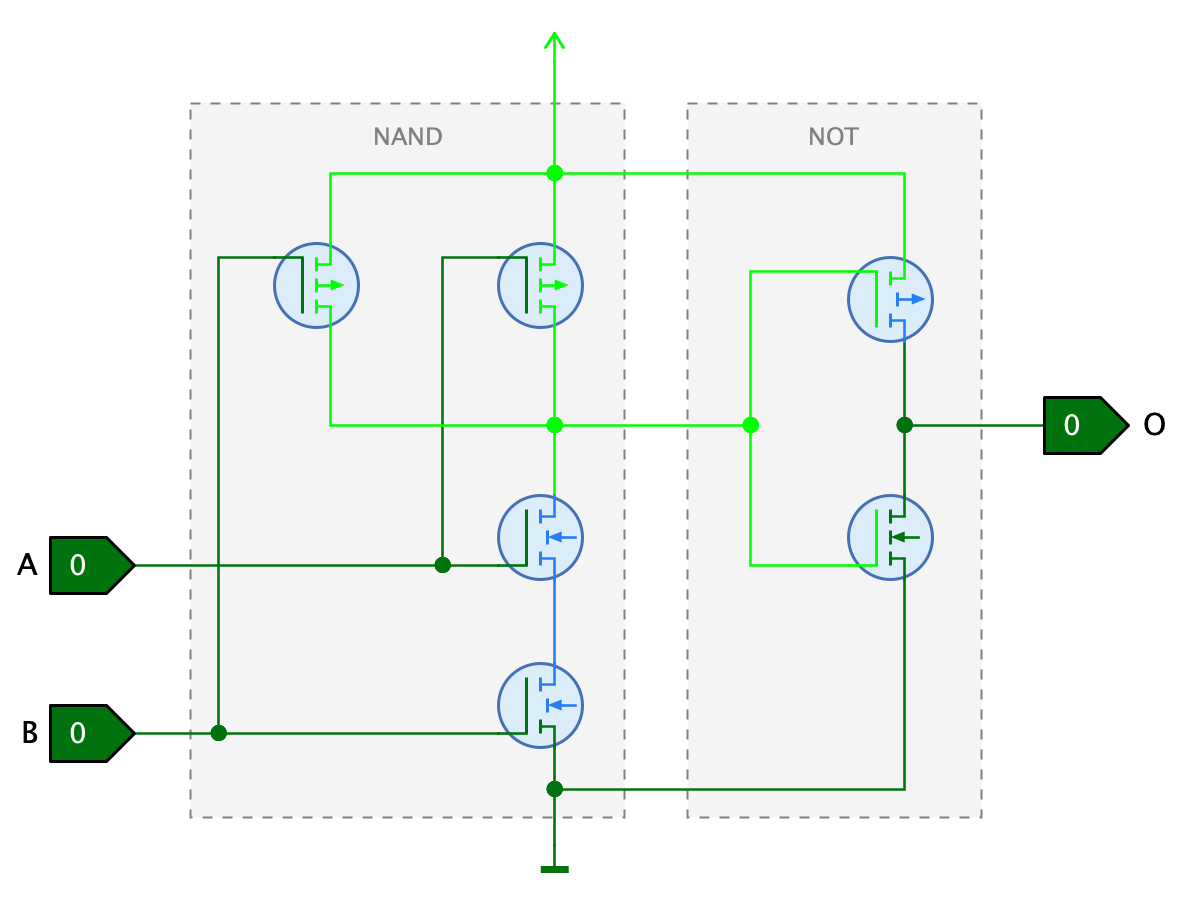 I was undecided for a long time whether Antares should include quasi-analog components, which are simulated purely digitally and could therefore be a possible source of confusion for the user. Finally, it would be nicer if these components were represented below the digital level on a true analog level, where the simulation is based on voltages, currents and resistances, as it is beautifully implemented in the famous Falstad applet.

Even if an additional analog simulation layer in Antares is not excluded for the future, other issues like stabilization of the base functionality and web porting have higher priority. In order to allow user to build logic gates with transistors themselves already now, Antares now contains the components needed for it.

You May Also Enjoy

Check out our new Twitter account for updates on what is currently going on in the Antares project.

Besides the usual bugfixes, this release contains some new features like a shape library in the symbol editor, a new circuit hierarchy tree view, support for...

Besides the usual bugfixes, release 1.1.0 some new features like the new “Power-On Reset” component or a welcome dialog with a link to our new introduction Y...

After seven years of intense development, Antares finally reaches release 1.0! This release contains many major new features, which will be described in deta...