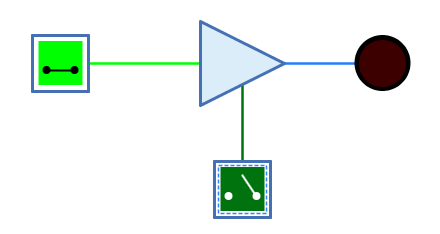 The control input of the tri-state buffer can be set to "positive" or "negative" with the "Logic" attribute.

The behaviour for unconnected inputs or input wires carrying an undefined signal can be changed using the system preference "Open Gate Input Behaviour".

The multi-bit version of the tri-state buffer will perform its one-bit transformation bitwise on its inputs.

The logical gates of Antares can illustrate their function with so-called "mnemonics". See the chapter Descriptions and explanations. The mnemonic of the tri-state buffer is shown below. 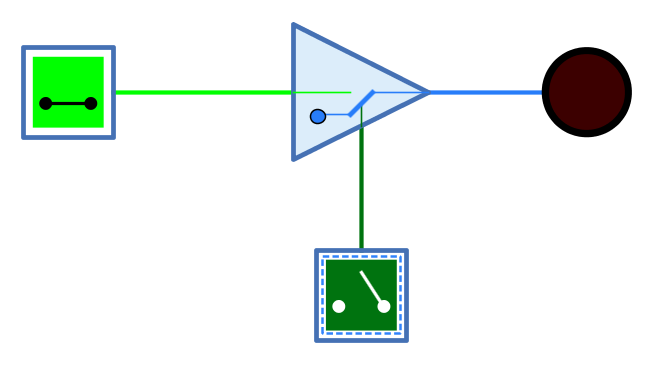 The buffer’s input. The number of bits is determined by the attribute "Bit Width".

"Enable" - 1-bit control input. An active value results in all bits of the data input being output unchanged at the output. If the value is inactive, an n-bit value is output whose n bits are all undefined. What is considered an active value is determined by the attribute "logic".

The output of the buffer. The number of bits is determined by the attribute "Bit Width".

The direction in which the output points.

The number of bits of the data input and output.

Determines on which side of the buffer the control input EN is displayed.