The programming language in which the scripts are written is JavaScript. Since JavaScript does not need to be compiled, but is interpreted during execution, the scripts do not need to be created separately and stored in the directory where Antares is installed, but can be stored as pure text within the circuit.

Scripts are recorded as attributes of selected objects in the properties window.

In the example above, the "Function" property contains a script. This is indicated by the text "[Script]". If there were no script, the text would be empty. If you click in the field, Antares will display a button to open the script editor. In the current version of Antares, the script editor is a simple multi-line text field without any special properties like syntax highlighting or alike. 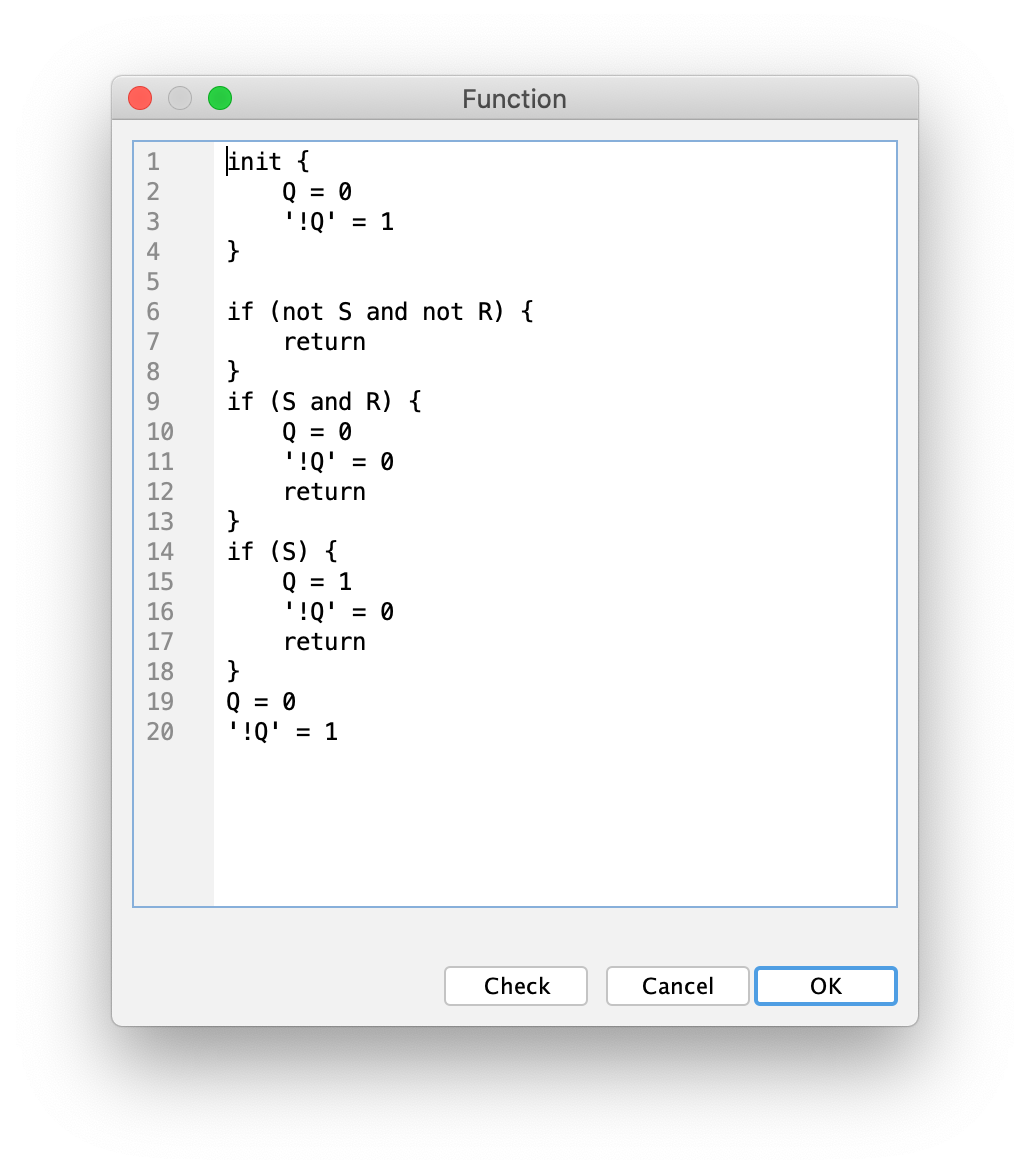 In this window you write your script as JavaScript code. With the button OK the current script is saved in the attribute where you opened the script editor.

If you have made a programming error in a script (which can happen), Antares will detect this during simulation - sooner or later depending on the type of script - and abort the simulation. In the "Issues" view, which can be displayed at the bottom of the main window, the color of the icon changes to red, and the table in the view contains a new entry that gives you information about the error that occurred.

The entries in the table have the following attributes:

The name or type of the issue. For scripting errors the name is always "JS Script". There are other types of errors, such as "Design Error", which occurs when your circuit contains wires connecting pins of different bit widths.

An identification of the object where the error occurred. This can be a subcircuit, a use case, a scenario or in the future another source.

The content of the table is deleted every time a simulation is started. You can delete the contents of the table yourself at any time using the button in the upper right corner of the view.

In the scripts that you write, you often want to access the state of the circuit, for example to determine the current signal at an output of a component. To do this, you use Antares interface objects, which are available to your script as "context".

Depending on the scripting application, Antares uses different wrapper functions with different parameters. The types of these parameters and the methods they provide are explained in the following chapters.

The different applications of scripting are described in separate chapters.